When it’s time for you and your girlfriends to getaway to warmer weather, look no further than the all-inclusive, adults-only (16 and up) The Club Barbados. I had the opportunity to visit with a few friends not long ago, and instantly felt at home. Of course, the welcome rum punch probably helped a bit.

Once we settled into our rooms – I was in an ocean view one-bedroom suite, and could hear the waves lapping just outside my door – it was time to explore the boutique resort. Aside from the beachfront (no sandy beaches here, mind you, but plenty of places to soak in the sun), three pools are also found on the resort’s grounds, in which pool volleyball games get underway, and drinks are served poolside.

We peeked into other guest rooms, too… The next time I visit, I may choose to stay in an Oceanfront Loft, which I found particularly charming and intimate – the fourth floor, cozy room doesn’t allow for outdoor space, but is secluded and comfortable.

The Club Barbados’ location on the western side of the island means calm, warm, incredibly crystal clear water is mere steps away, perfect for swimming, stand up paddling, kayaking, snorkeling offshore or with sea turtles, water skiing or wake-boarding, SCUBA diving…pretty much any activity you’re looking to do in an island destinations. And since it’s an all-inclusive, many of these activities are complimentary!

But back to the rum. What’s a trip to Barbados without a little of the local? It flows freely – as do all drinks, with and without alcohol – at The Club Barbados. I was particularly fond of the rum punch with a dash of nutmeg, and discovered the frozen rum punch just as I was leaving the resort; one friend added a banana in an attempt to make it “healthy.” Friends who enjoy beer liked Banks, the locally brewed pale ale.

Away from the resort, we did as the locals do and visited a rum shop; they’re not called bars in Barbados. When we visited one if the locals’ faves in Bathsheba, an enthusiastic game of dominoes was slammin’ just outside the back door. And right across the street, we could see the splendid Bathesheba Beach with its outcropping of enormous boulders, one of Barbados’ most photographed natural landmarks. Stunning!

When we were out and about, we took an island tour with Amir. What a terrific way to get a lay of the land, learn of the island’s history and really see the local way of life. It’s a vibrant island, Barbados. Within walking distance of the resort is Holetown, with a fun mix of restaurants and bars, making for a lively nightlife scene. We had a particularly good time at Lexy Piano Bar, listening to karaoke; the owner is quite the performer!

Eats And Spas at the Club Barbados

Back at The Club Barbados, there was no way we were going to go hungry during our stay! Chef Matthew and his culinary team create a combination of international and Bajan (local to Barbados) menus that satisfy all appetites. Breakfast and lunch are served buffet-style in the beachside, open-air Sunset Restaurant, and dinner is served in Enid’s Restaurant (featuring a purely Bajan menu), as well as Sunset.

All of the being on island time, sipping rum drinks and gazing out over the mesmerizing ocean really took a toll on me, so I made an appointment The Club Barbados Spa to further my transformation into putty. After my massage with Debbi, I floated to a lounge chair outside my room and simply melted away.

As you might imagine, the sunsets from The Club Barbados are absolutely spectacular. One of our favorite parts of the day was sipping our by-now-favorite rum drinks or a glass of Banks and watching as another day in paradise slipped into the ocean. Thoughts would carelessly turn to what the next day would bring, and then back to the moment. Why plan when on island time? 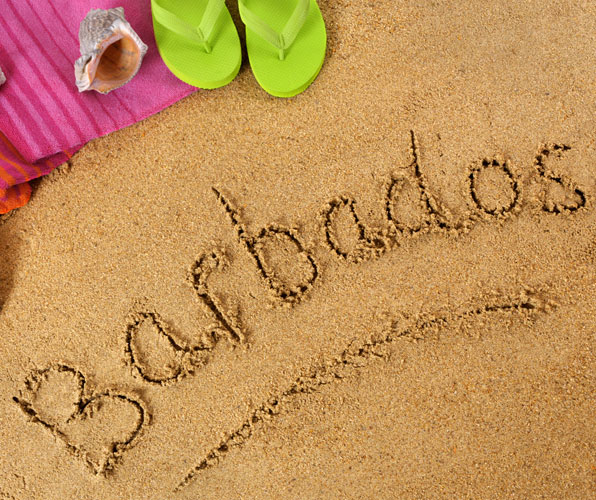 2 thoughts on “A Sunny Girls Getaway to The Club Barbados”