Every year my sister and I have a date. We attend the Roger’s Tennis Open held at the Rexall Centre, York University in Toronto, Canada. This year, the city of Toronto hosted the Women’s Tennis Tournament during the week of August 15th to the 23rd, 2009.

I’ve come to treasure this outing not just for the tennis but also for the chance of reconnecting with my sister. This has become our personal ‘me time’ taking us away from the everyday stresses of work and raising a family. We laugh, we talk, we brag about our kids and we even get to watch some great tennis!

Fun Off the Courts

Tennis Canada does a great job of ensuring that this annual tennis tournament is a fun all day experience for tennis fans with lots to see and do both on and off the courts.

This year, in celebration of women at the Roger’s Cup, Rexall hosted a selection of women’s health and wellness clinics to encourage women to take a more proactive approach to their health. The clinics offered women information and simple on-site tests in cardiovascular, body composition, sun/skin care, osteoporosis and breast cancer awareness. 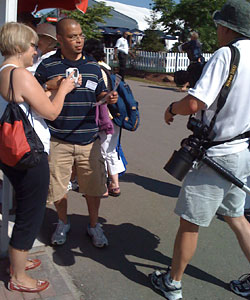 Both my sister and I were given a BMI test and, after the trauma of having to tell the assorted crowd our weight, we were told that we were both just a touch on the higher side of normal – more time at the gym for me this fall!

We had a more soothing time at the next clinic we visited, with a complementary hand massage and trying out samples of Arbonne beauty and skincare products. After a little more wandering through the retail area of the tournament my sister dragged me away, helping me resist buying that “OMG, that is just the cutest tennis outfit” which only looks great on women tennis pros and sixteen year old girls!

Check out this photo of my sister hamming it up with the Tennis Canada photographer, she always gets all the attention!

Top seeded players and sisters Venus and Serena Williams both competed in this year’s tournament – a first in Canadian tennis circles. We felt it was meant to be: two sisters in the stands watching two sisters compete. I personally enjoyed the watching part of this arrangement, not too sure if the Williams sisters had as good a time on court as we did off court!

Once again, my sister and I had a fantastic time watching great women play great tennis. We’re already looking forward to next year’s tournament!

Sony Ericsson, Ana Ivanovic and Caroline Wozniacki kicked the Rogers Cup off in style with some tennis in downtown Toronto in this great little video. 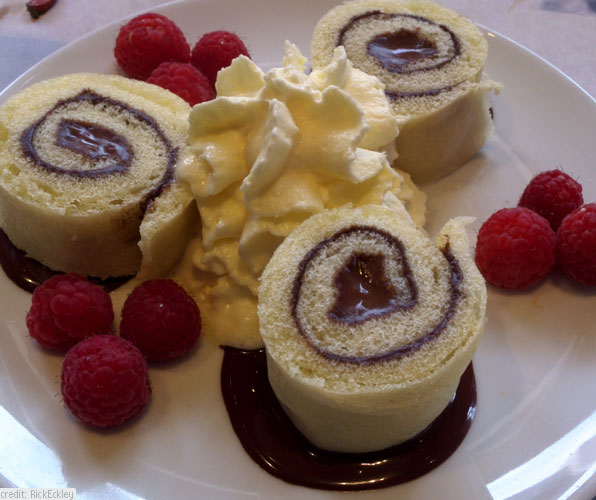 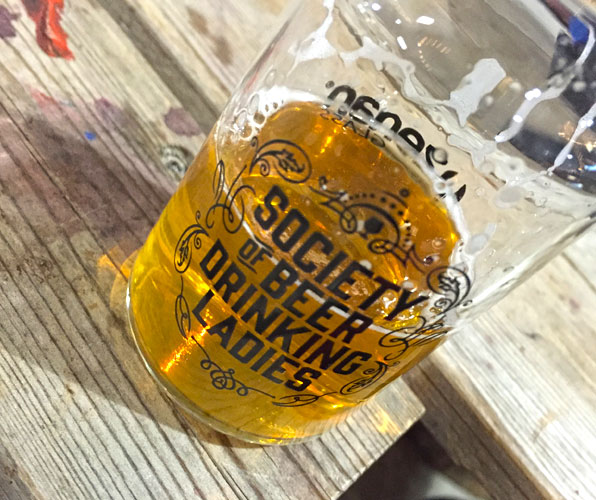 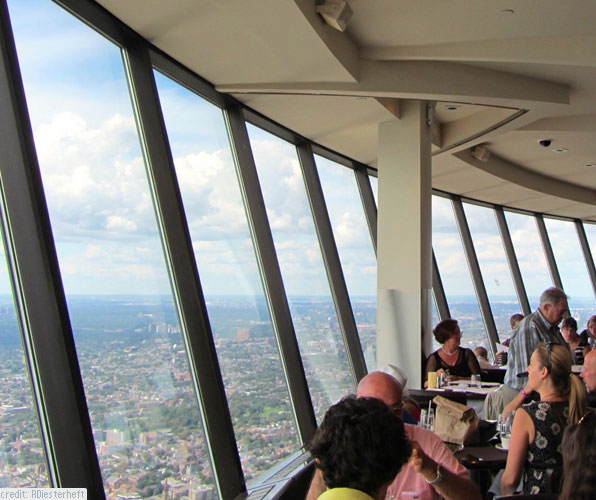