Let’s play a game. When I say “New York” take a minute – what’s the first thing that comes to mind?

Odds are cold weather, New York City, Times Square, or New York Yankees popped into your mind. Am I right? That’s usually what comes to my mind when I hear New York, but after my trip in August, my mind has forever been beautifully altered. Not that I don’t love all of the above (except the Yankees), but there’s so much more to the state of New York. After all, it is the fourth most populous state, so there’s a lot of ground to cover.

We packed so many activities into our seven-day trip throughout the Adirondacks, here are my top five favorite parts of my #EatPlayLoveNY trip:

Thanks to my double hat as a sportswriter, I’m going to start with our visit to Lake Placid (located in the middle of the 46-million acre Adirondack Park) and the rich history of leisure and competitive sports. Lake Placid played host to two Olympic Winter Games in 1932 and 1980, but the summer has just as much to offer for the sports fanatic or outdoor person.

IRONMAN Lake Placid is the longest-running American event (aside from the IRONMAN World Championship in Kailua-Kona, Hawaii), and just hosted its 16th annual event. IRONMAN is one of the toughest and most physically demanding races in the world. Having hosted such a reputable race for nearly two decades is a testament not only to the gorgeous backdrop of the area, but the healthy lifestyle that is part of the area and community.

No matter what level sports fan you are, you probably remember the Miracle on Ice, where the U.S. hockey team, as extreme underdogs, beat the Soviet Union 4-3 in a semi-final game. Want to talk about being an underdog? Prior to this, the Soviet Union national team had won the gold medal in six of the seven last Olympic Games.

February marked the 35th anniversary of the historic and well-documented game (there’s a Disney movie about it, where all the players took part in the “Relive the Miracle” reunion back at Lake Placid.

The miracle game, one I barely remember watching as a three-year-old aside, has become a part of the atmosphere there, but there’s much more to the town. Lake Placid still exudes sportsmanship and a fit lifestyle everywhere you turn, not to mention a quaint and adorable little town, complete with shopping on Main Street. The food options are limitless, and odds are in your favor you’ll find LIVE music at one of the corner pubs.

As for hotels in Lake Placid, my favorite is the Hotel North Woods, which is Lake Placid’s premier Historic hotel, providing modern, affordable, pet-friendly vacation experiences year-round and just a five-minute walk from the Olympic Arena and Mirror Lake Beach.

And if you don’t believe me, believe Thrillist.com who just named Lake Placid one of America’s 10 Best Lake Towns. 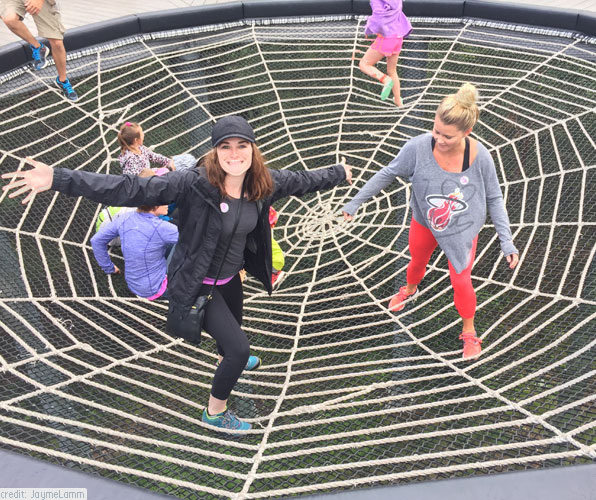 Yes, believe it or not, a museum ranks number two on my list. The Wild Center, located in Tupper Lake, NY was named one of 15 museum finalists for the 2015 National Medal for Museum and Library Service – the nation’s highest honor given to museums and libraries for service to the community.

I’ll be the first to admit that museums aren’t typically my thing, but The Wild Center, is anything but typical. It’s like a playground, and not just for kids. Wild Walk, an elevated path that takes visitors up a winding trail of bridges and platforms from ground level to breathtaking treetops, opened July 4th of this year and was more than eight years in the planning, part of a $20-million campaign. It has so many cool aspects to it the place is unbelievable. The Wild Center opened in 2006 and is set on 81 majestic acres – in the middle of the 6-million acre Adirondack Park! The Center was also named the top attraction for the entire Adirondacks.

The Adirondack Coast Wine Trail travels 66 miles from Chazy through the heart of the historic city of Plattsburgh to Morrisonville and links six local wineries and cideries. As described in one brochure, the unique wines of the region embody the character of the Adirondack Coast: rugged and wild yet relaxed with a casual warmth. Raquette River Brewing in Tupper Lake, was my favorite. They brew small batch specialty ales and love to experiment with new ingredients – both local and exotic.

Outside at a picnic table under a tarp is the best way to enjoy any of their delectable beers (and the only way!). Another favorite was the ELFS Farm Winery and Adirondack Cider Co. in Plattsburgh, NY. The Strawberry Cider was worth purchasing extras to bring back to Texas!

No matter if you visit the Adirondacks in the summer or winter, you’ll be heavily persuaded to spend most of your time outdoors. It’s the perfect venue for practically any time of the year.

During the summer, your options are unlimited with hiking trails (which later become well-traveled ski and snowshoe trails), golf courses (which later turn to cross-country ski centers), and the lakes, which are good for ice skating, fishing, kayaking, and many other fun activities. 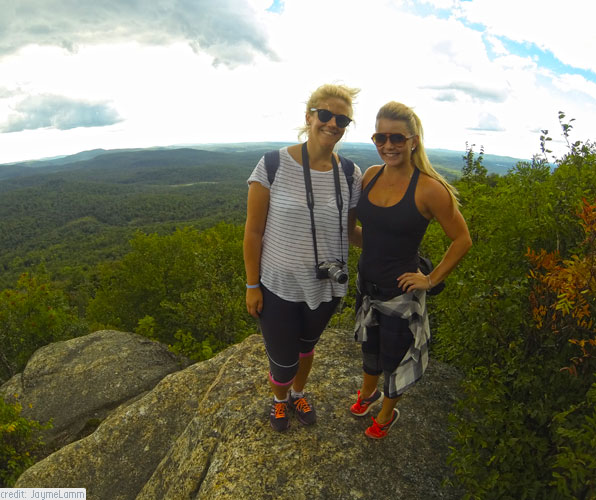 The Adirondack Park (which is the size of the entire state of Vermont!) is comprised of 2,000 miles of hiking trails – which comprises the largest trail system in the nation. This place is an actual playground where you can take in the beautiful views by hiking or biking throughout local routes, or you can paddle, fish, kayak and more on one of a thousand rivers or streams. You can boat around Lake Champlain or post up at one of the gorgeous beaches with a good book and call it a day. Lake Champlain has nearly 600 miles of pristine shoreline, so you won’t be lacking in that department. The Adirondack Coast is renowned for its pristine beaches and is one of the largest fresh water beaches in the United States with views of the Adirondack Mountains of New York and the Green Mountains of Vermont.

You’ve also got the Saranac River, which is 100 feet wide with up to Class II Rapids – and a great place to go fly-fishing! We quickly learned that fly-fishing is much more fun with a cooler full of cold beer! If you’re a fan of biking, you can check out point-to-point rides, themed routes and even downloadable and printable maps to take along with you. If you’re into golfing, The Adirondack Coast offers championship courses, par-29s and everything in between. I’m burning calories just talking about all these activities!

There’s something about being outdoors and bonding that go hand in hand. Whether it’s quality time with friends and family or just bonding and reconnecting with your soul, this is so easy to do in this beautiful part of the country. I am the kind of traveler that loves to be outdoors and try new things. I like to kick back and hang around the locals that don’t seem to be sucked into such a fast-paced life like most of us have become accustomed to.

Sitting around a campfire, even with complete strangers, just has this vibe to it that is hard to top. Add a stick with a marshmallow on the end and make a mess eating s’mores and that’s pretty much the perfect end to a perfect trip in a perfect part of the country.