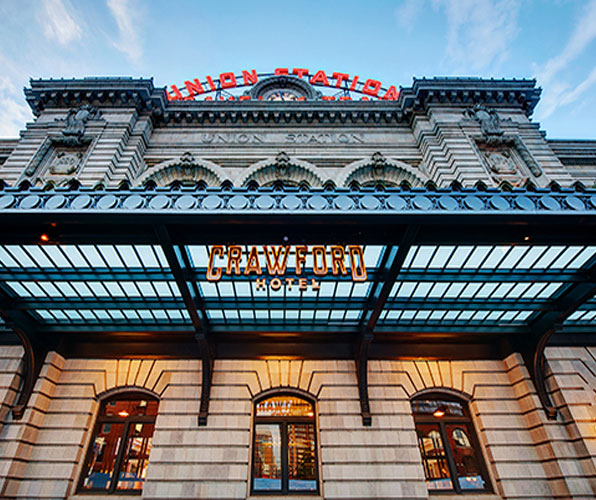 Denver, Colorado is upping its game. I don’t know if you’ve heard the rumors, but Denver is the not just the new L.A. It’s the new New York. College graduates are picking Denver over both those cities to flock to post graduation. Though skeptics may suggest that is it the legalization of marijuana that is drawing young people, they would be wrong.

It’s the lively downtown. It’s the craft beers. It’s the lights of Larimer Square and the shows at Buell. It’s the fresh new Thai eateries mixed in amongst the stone buildings of Downtown Denver. Take Union Station – what was once an outdated hub where Denverites couldn’t imagine spending a Saturday night in is now the must hang-out spot in Lodo (Lower Downtown).

Built into the new Union Station is the Crawford Hotel. The hotel has a chic art-deco that flawlessly blends the classic with modern amenities. The rooms overlook a variety of a new way to hotel: one where breakfast obsession Snooze and a farm to table restaurant await hotel guests who don’t want to leave the building but still want a unique eating experience.

Their exclusive hotel bar overlooks the entire Union Station, and is decorated in retro luxury decor – the walls are climbing with carved awnings and grand light fixtures. It’s a way to be among those taking the train, but not with them. The drinks and the atmosphere are buzzing at 11pm on a Saturday. That is the new Denver energy. 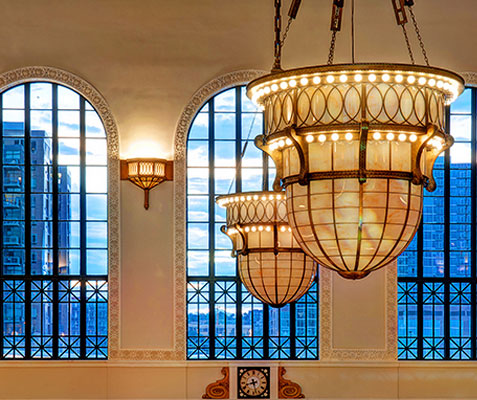 The lavishing of new love on old Denver doesn’t end at the Crawford – especially when you consider Crawford’s sister hotel is the Oxford, the oldest hotel in Denver. It seems quaintly historical at first glance – a yellow canary in a gilded cage sings while you check in, and the lobby carries the kind of stunning elegance that calls to mind a certain Gatsby. The rooms are made to feel like you are back in the early 1900’s. The bathroom, on the other hand, was classic in all the right ways – a giant claw-footed tub is more than large enough for you and your lover, perhaps dancing on moonshine, and the new tile that it made to look old serves with both functionality and style.

While it’s easy to think of the hotel as just a historical building forever frozen in a bottle, I would urge the Denver traveler to check out the spa. My spa treatment- the Almond Joy – took place in a delightful, robin’s egg blue room that felt like a tiny little cave of hysterical delight, as if Marie Antoinette was expected at any moment.

I love that Denver has finally found its foot on the national stage, not just as a place to ski the infamous slopes, but now as a blossoming downtown experience. The renovation of Union Station is a perfect example of how Denver can move forward by preserving their history and enhancing it. This Mile-High City has found its sweet spot; ensuring the traveler a flawless night through a variety of time periods (and probably brews). Case in point, at the Oxford, Denver’s oldest hotel and a place on the National Historical Register, I ordered a cheeseburger at 10:30 at night, not realizing that it wasn’t even on the menu. Within 20 minutes it was delivered to my door, and I swear to you now – it was the best cheeseburger I’ve ever had in my life.

More proof that you don’t have to be totally modern to give the traveler a positively timeless experience.

So, from one girl to another: pull on that retro-dress and dash on those red lips. The West is waiting for you – the old and the new.