Thinking about visiting Boston for a girls’ getaway? Sure, the guidebooks say that you could fill your days with historical sites and little else. But if sleek bars and trendy neighborhoods are more your scene, a deliciously exciting city awaits. Here are the best things to do with a group of girls in Boston:

This traditionally Italian neighborhood is a favorite of Boston visitors, and it’s not hard to see why: postcard-perfect streets give way to the fresh smell of garlic and tomatoes in every direction. Lately, the North End has been becoming more upscale, with cute shops springing up in between traditional restaurants. But even so, the neighborhood retains its character, with bickering grandmothers chiding nearby kids and groups of men cheering on soccer in cafés. And remember: no visit to the North End is complete without a cannoli from Modern Pastry! 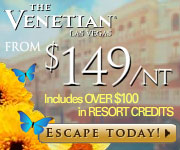 Shop the Back Bay

If you’ve come to Boston hoping for some serious retail therapy, look no further than the upscale Back Bay. Start at Copley Place, where you’ll find designer shops like Christian Dior, Jimmy Choo and Louis Vuitton nestled amongst more mainstream offerings. Follow the bridge to the Prudential Center and more upscale stores. But the pièce de résistance is Newbury Street. Anything you could possibly desire is on this street, from Burberry trench coats to affordable minidresses and one-of-a-kind accessories by local artists – all sandwiched in between great restaurants and coffee shops.

Visitors rarely venture to the South End, and that’s a gift to us Bostonians: we want to keep this cool neighborhood to ourselves! But you and your girlfriends aren’t average tourists, and you deserve to see it. The tree-lined, brownstone-filled streets are filled with trendy boutiques, artists’ galleries and the best restaurants in Boston. You’ll even find a few fortune-tellers! It’s also one of the best places to be during a fresh snowfall – you’ll be dazzled.

Join the hipsters at the Otherside Café

Unabashedly urban and staffed by a tattooed crew, the Otherside Café is where hipsters and those in the know come for a diverse menu and funky atmosphere. Relax with rooibos tea and vegan chocolate mousse, or a craft beer and some nachos. Wild local art and Sunday night movies keep this place busy. And if you’re feeling daring, check out Sweet ‘n Nasty across the street for some cupcakes that …well…you wouldn’t dare to show your mother.

Yes, that’s how it’s pronounced, and for the love of God, it’s white, not red! New England clam chowder is Boston’s signature dish, and if you’re going to try it, you better do it right. Lots of restaurants make great chowder, but you can never go wrong at Legal Sea Foods. You’ll be hooked with your first spoonful.

Cheer on the Red Sox at Fenway

If you’re a sports fan, you’ll love it. And if you couldn’t care less about baseball, believe it or not, you’ll love it, too. Fenway Park is so much more than an athletic event: it’s a religious experience. Just make sure you’re ready for a few things: You will sing “Sweet Caroline” during the seventh inning stretch, you will hug a random stranger after a home run, and you will join a “Yankees suck!” chant, even if the Sox are winning…against the Tigers.

Show up the Ivy Leaguers

Think you can hold your own with the brainiacs at Harvard and MIT? If you’re in town on a Tuesday, join your fellow intellectuals at Highland Kitchen in nearby Somerville to compete in a spelling bee! It’s not quite as cutthroat as traditional spelling bees – for one thing, you get three strikes! What better place to show off your smarts than the Athens of America?

This Cambridge restaurant is probably the girliest place in town, and by that, I don’t mean it’s made of sugarplums and candy canes. Think retro decor, mosaics, mermaid statues, and flirtatious waitstaff that wear costumes from the 20s, 30s and 40s! The cocktails are vintage; the menu features small plates from around the world. You’ll probably be one of many groups of girls there that night. Try the Guatemalan seafood avocado!

Hobnob with Boston’s Most Elegant Ladies

Trendy lounge 28 Degrees, with its gay-straight crowd, legendary cocktails and unbelievable bathrooms that you must witness firsthand, is the place to be on Sundays. Throughout the evening, drag queens perform to the hits of Whitney, Madonna and more. The costumes are wild; the makeup is fierce! Be sure to try the bar’s signature frozen bellinis, which are served out of a slurpee machine.

Get Imprisoned at the Liberty

Since opening a few years ago, the Liberty Hotel has become the place to see and be seen. It’s also the place where you’re most likely to see a local or major celebrity. The building was originally a jail, and the jail theme is played up as much as possible. Gape at the opulent lobby, grin at the cheekily named restaurants, and be sure not to miss Alibi. At this bar, in between the steel bars hang giant celebrity mugshots, from Mick Jagger to Lindsay Lohan, complete with their famous alibis that failed to impress the cops.

Take note, because after a few days in this fantastic city, you might have to craft a creative alibi of your own!

What are your top 10 things to do in Boston with your BFF’s? Drop us a line in comments and let us know!